September Is CVI Awareness Month | What Is Cortical Visual Impairment

September Is CVI Awareness Month | What Is Cortical Visual Impairment

Cortical visual impairment (CVI) is a form of visual impairment caused by damage to the brain’s optical parts. Conditions like stroke, hydrocephalus, brain malformation, and decreased oxygen cause this kind of brain damage. Trauma, brain infection, seizures, metabolic diseases also cause CVI. Although the eyes see and function properly, the brain cannot interpret the signals sent. CVI is the most prominent cause of pediatric visual impairment in America and the developed world. September is set apart for raising CVI awareness.

Not all persons with CVI have underlying neurological problems. Although cerebral palsy and epilepsy are common among them, CVI does not allude to cognitive abilities. CVI is sometimes called cortical blindness because it presents in a range of severity, from visually impaired to complete blindness.

1. Needs movement to see: The child requires that the object moves to see it.

2. Color preference: The child appears to prefer looking at objects of a specific color. Most children like yellow or bright red colors. Colors green, pink, and blue may also be a preference if brilliant.

3. Visual complexity difficulty: A child with CVI needs simplicity. The objects presented themselves must be simple. For example, opt for a single colored toy than one with many colors. Also, create a background that eliminates visual distractions. Have the object placed against a white or black sheet to make it stand out.

4. Preference for a visual field: The child prefers to look at objects only in a particular direction. He may only see an item when presented on the side.

5. Non-purposeful or light gazing: A child with CVI tends to stare at a light. You may find him staring up at the light in the ceiling or out through the window. Sometimes, the kid may also gaze in one direction, looking at things that do not exist.

6. Impaired or absent visual blink reflex: The child may delay or fail to blink when an object comes close to the eyes.

7. Impaired distance vision: Many children with CVI have difficulty seeing objects that are far away. This quality is related to visual simplicity, such that items far away begin to fade out in visual clutter.

9. Visual latency: The child has delayed response to images, and it may take some time for the child to notice the object. He may look at the object, fail to process what it is, and look away. So, be patient with the child when you present something.

10. Prefers familiar objects: Since children with CVI have difficulty processing visual data, they prefer everyday objects because the brain recognizes them. It has processed this data before.

CVI diagnosis depends on the results of an eye exam by an ophthalmologist. The child must present most of the CVI characteristics discussed above and reflect the same on an MRI.

Children with CVI often present all 10 characteristics and have little to no vision in the initial stages. But, as the child grows, since vision is a learned sense, his or her vision improves. The characteristics often fade out until the child has a near-normal vision.

Early CVI intervention often leads to earlier visual improvement. For consultation and diagnosis, visit Pack Optical in Fort Worth, Texas. You may also call 817-527-9900 to book your appointment. 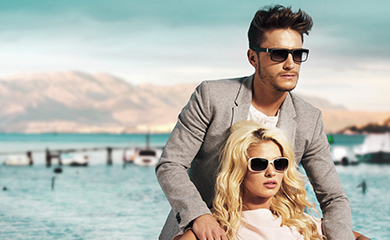 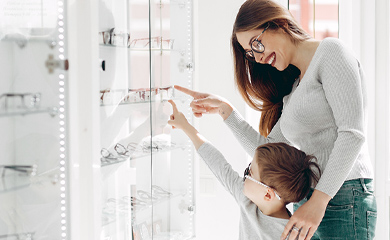 Open every other Saturday.

This month we are open the following days: